Snape, also known as Snap, is a Hogwarts School professor.

He is a lover of Loopin and the two of them enjoy "doin it" in the open. The two seem to be treated as one person, since if one of them is accused of a crime, the other will also get punished for it, despite not actually having done anything. The couple are Voldemort's main Death Deelers. and help him with his evil scheme to kill Vampire Potter, which appears to consist of recording a videotape of Ebony taking a bath and using it to blackmail Ebony into killing Vampire. If she refuses, they will spread the tape through the school.

Snap is loosely based on Severus Snape from the original series.

Due to a lack of a lavish description, Snap can be assumed to physically resemble his canon counterpart. However, his Dork Mark is placed on his penis[1] rather than the inner side of the left forearm.[2]

Snap seems to be the more competent compared to Loopin, as he comes up with most of their plans and operates solo multiple times throughout the story.

Snap also appears to have a certain degree of invulnerability, because during his first appearance as a villain, Ebony shot at him (with a gun) a gazillion times, but this did not seem to have hurt him at all. An alternate explanation is that Ebony simply has terrible aim and never hit him in the first place. He also survived multiple torture sessions without any consequences.

Another one of Snap's abilities is the power to possess other people and make them do what he wants. This is explicitly stated by James Samoro Potter when he explains to Ebony why he wanted to shoot off Lucian's arm. It is possible Snap also possessed Professor McGonnagall in Chapter 29, as she helped Snap with his activities as a Death Deeler, despite supposedly being against the Death Deelers.

In the 1980s, Snap had been a goff and a member of a band with Tom Satan Bombodil/Voldemort, James Samaro Potter, Serious Blak and Lucian Malfoy. He betrayed them by possessing James, though the fic states that he possessed himself, and causing James to shoot off Lucian's arm with his knife.

In one of the author's notes, it is stated Snap is a Christian, and has been moved to Griffindoor. This is only used as an excuse to have him on the dark side (since the good guys are Satanists and Slytherins) and this fact is not mentioned again after Chapter 20.

Role in the Story[]

In his first appearance Snap was merely a strict teacher going by the name Professor Snape. It's implied that he teaches Potions class, like in the original, as in Chapter 36, when Ebory and her friends go sexily to Potions class, "Snap wasn't there," replaced by Cornelia Fuck. Professor Snape was also one of the three teachers, the others being McGoogle and Dumblydore, to yell at Ebony and Draco "4 having sexx". Strangely enough, he is the one who lets Ebony and Draco off after Draco's anguished declaration of love for Ebony. He later calls Ebony a 'ridiculous dimwit' for storming into his class, and barely reacts to Draco barging into the classroom naked, once again showing a remarkable amount of leniency for acts that would normally get someone punished, as well as behavior that contradicts his later acts as the villainous Snap.

In his third appearance, Snap shows his true colours by filming Enoby taking a bath (while Loopin masticates), but is scared away by Hargrid, who reveals he is a Satanist. After this incident, he is somehow hospitalized, along with Loopin, Ebony and Hargrid. Because of this incident, Dumbledore plans to send Snap, along with Loopin, to Saint Mango's, as both of them were pedophiles, which shouldn't be left teaching the school. Despite this, Snap is still seen teaching at Hogwarts.

Snape is encountered later on, when Ebony sees Loopin in a hallway doing it with "snake" (who is probably meant to be Snap), while Dobby watches them. In an act of revenge for filming her taking a bath, Ebony takes a picture of them, telling them she will show it to Dumbledork, should they ever spread the videotape.

Later, he along with McGoggle, kidnaps Draco, Ebony and Vampire under the guise of a detention. He then almost succeeded in making Ebony kill Vampire, but was stopped by 'Serverus' (probably Serious Blak), Professor Trevolry and Lucian. After being caught, Snap, along with Loopin, is tortured and sent to Azerbaijan for his crimes, with Cornelia Fuck taking over his Potions class. But after escaping from Azerbaijan with the help of Britney, Snap rapes Draco and steals Draco's flying car.

During the final battle, Snap drives the car into the Great Hall, flies around in circles, and teams up with Loopin and Voldemort to kill Ebony. During this fight, Vampire manages to make Snap crash the car to the ground with a well aimed Cruciatus Curse, although he survives. Snap's fate is left ambiguous as the story abruptly stopped.

Difference from the original[]

Compared to his counterpart Snape, Snap seems to be much more of a stereotypical villain. It is quite clear on which side he is from the start, while the real character's allegiance is ambiguous through the entire series, only to be revealed at the end of the last book.

One of Snape's defining character traits was his enormous dislike for Harry Potter, which stems from his bad childhood memories with James Potter, Harry’s father, whom Harry resembles. Therefore, Snape abuses his position as teacher to demean Harry whenever he can. In My Immortal, Snap and Vampire don't have any real meaningful interaction, with Snap only trying to make Ebony kill Vampire because Voldemort wants to. Snap apparently hates Vampire, but this time it's because of their conflicting religions, and his hatred for Vampire doesn't seem to be as strong as the canonical Snape's hatred for the canonical Harry due to the aforementioned lack of interactions.

The canonical Snape also has a good relation with Draco, giving the young Slytherin preferential treatment throughout his schoolyears. In My Immortal, Snap is one of Draco's mortal enemies, being obsessed with having sex with him, since he attempted it once and succeeded in raping Draco near the end of the fic. This certainly doesn't happen in the books. Snape, for all his faults, was not a rapist, not interested in under-age wizards.

Possibly the biggest change in terms of relationships with other characters is the fact that Snap appears to be friends with Serious and James/Samoro in the past, being in the same band. As mentioned above, James Potter and Snape's relationship was all but pleasant, since James Potter never missed an opportunity to humiliate and bully Snape, which was one of the major factors of Snape's bitterness as an adult. If one were to put the real James and Snape in a band, they would probably try to curse each other to oblivion instead of making music.

Other minor differences are that Snap is the head of Gryffindoor, due to his Christianity and preppiness, while the real character never moved houses, nor does he appear to be a religious man.

In all, Snap is one of the most incongruous reinterpretations in the series. Snape is arguably the closest of any major canonical character to Tara's ideal goth, so much so that he was often theorized in the early days of the fandom to be a vampire, and he was unbelievably popular among Tara's demographic. While the altering of Draco or Harry to be dark and sexy was (and is) a popular trend in fanfiction, such stories also tended to portray Snape in an overwhelmingly positive light. This makes his transformation into a firm prep and a Gryffindor rather difficult to reconcile with Tara's persona and preferences. 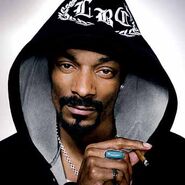